Cymatics At The Smithsonian 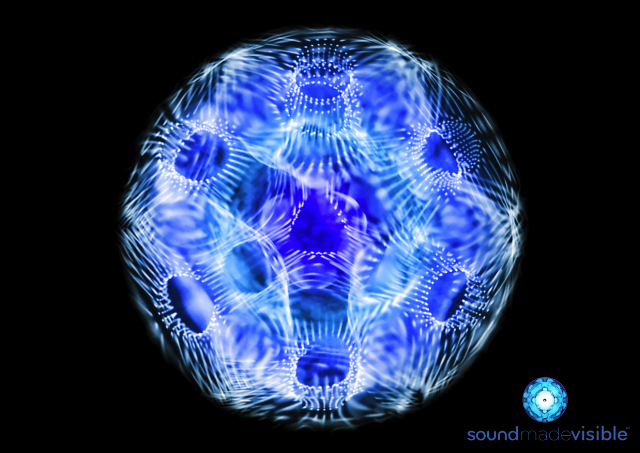 A few months ago John Stuart Reid of CymaScope.com was asked by Deborah Stokes, curator for education at the Smithsonian Institute, if it would be possible to cymatically image some 'songs of stars' for their new African Cosmos Stellar Arts Exhibition which runs through to December 9th 2012.

John told the School of Cymatics he was delighted to have been asked.

He said, "This is an important milestone for the CymaScope and for cymatics in general. It will help cymatics gain acceptance in the world as a useful scientific technique. The atomic processes within the atomic furnace of stars create sounds as a result of the high-energy collisions between atomic particles. These sounds cause the starlight to vary minutely, tiny modulations that can be detected by sensitive instrumentation, then demodulated, recreating the original sounds in the laboratory. Analysis of the star sounds can help asteroseismologists gain a better understanding of the atomic processes with a given star."

The star sounds were processed by the following scientists:

The CymaScope imagery was captured on-camera and sent to James Stuart Reid, John's son, who provided colorization and titles.

The completed videos were then sent to the Smithsonian where Michael Briggs used them to create the "Star Station," a booth where visitors can experience the stars-sounds-made-visible for the first time. Initial visitor reaction to the Star Station has been very positive and children, in particular, love it. Inspiring children to explore the field of cymatics is an important part of the ethos of CymaScope.com and the School of Cymatics.